Inflation Rates in Africa and The KamPay Solution 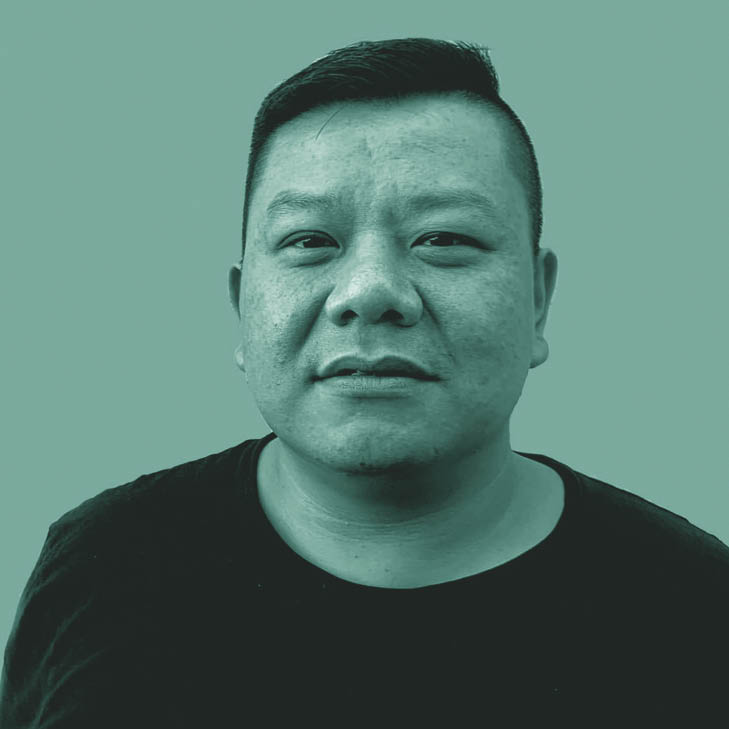 Inflation is an inevitable part of the modern fiat economy, even with long time lags. The rate of rising and falling prices impacts the demand for goods and services. As well as the purchasing value of money.

Policymakers believe that an acceptable inflation rate should sit at approximately 2 percent (or below). This figure is manageable in economically stable countries. However, it’s not uncommon for developing countries to experience hyperinflation.

Investors are looking at digital banking solutions to intervene and offer a solution to high inflation rates in Africa.

Developed countries typically benefit from high levels of financial development and institutional quality. Central bank independence (CBI) is one example of this progressive economy. As a result, developed countries have a significantly lower inflation rate.

There are three main, fundamental causes of inflation.

The demand for goods and services surpasses the capacity for production, thereby increasing the cost.

A figure influenced by an increased cost of production.

The expected rise of prices and labor costs due to adaptive expectations.

Political instability and economic concerns continue to put several African countries at risk of inflation. Recent statistics shared projected inflation rates in Africa as of 2021, compared to the previous year.

As case studies, here are the five countries with the highest percentage predicted in the report.

The House’s warning follows the CBN’s recent decision to devalue naira from an exchange rate of 393 to the current one of just under 411 nairas for every dollar.

Furthermore, the Nigerian lawmakers’ call for intervention comes just a few days after the currency marginally depreciated against the USD on the black market.

At the time of writing, the naira sell rate on the black market was 502 to the dollar — which is a complete absurd considering it is higher in above 18% from the original rate that the government and publish exchanges are offering.

long-term devaluation of the naira may lead to lower productivity because of the decline in incentives.

Sudan’s projected inflation rate is an astronomical 197.1 per cent. The nation’s cost of products continues to hike. Other factors such as political instability and armed conflict with South Sudan only add to the strain on the economy.

A fundamentally weak economy in Zimbabwe has led to economic shocks. For example, immense national debt and a decline in export earnings. As a result, Zimbabwe’s projected inflation rate is 99.3 per cent.

South Sudan has had moments of reprieve due to their increase in oil output. However, they still have one of the highest inflation rates in the world. The projected inflation rate is 40 per cent as the government has racked up enormous debt to subsidise the cost of oil production.

Angola has a projected inflation rate of 22.3 per cent, which is a higher increase than the year before. The inflated rate is largely due to civil unrest, armed conflicts and extreme poverty.

Libya has the potential of being a successful oil production country. Unfortunately, war taints the opportunity. As the conflict continues to ravage Libya’s potential growth. The inflation rate continues to rise. It’s expected to reach 18.2 per cent in 2021.

While these statistics are disheartening at a glance, they also show potential for growth.

How Blockchain Has Entered the African Market

There has been a dramatic drop in global economic output, largely affected by the pandemic. Even so, the stock market closed in 2020 with a record high. These gains were greatly influenced by investors that identified an opportunity for bitcoin.

Cryptocurrencies have been identified as a risk management strategy against inflation.

Following this principle, cryptocurrency and blockchain have potential in Africa where several countries struggle with high inflation rates.

There is vast economic potential in African nations.

Although inflation rates African countries also hold some of the largest growth potentials. When economic conditions are fertile, then growth is highly probable. Blockchain can help to fill in the gaps and contribute to development in the following ways.

At KamPay, we’ve explored these obstacles in-depth. We offer workable solutions for investors to explore in our Digital Currency of Africa whitepaper. At the heart of the solution to counter inflation in Africa is KamPay.

The combination of increased mobile phone coverage, poor banking facilities and a vested interest in lotteries has created a fertile ground for the intervention of blockchain.

KAMPAY is a utility token and currency that has been created for smartphone users. Capitalizing on high mobile intake across Africa, the wallet offers a simple and effective way for users to send, receive and interact financially. All that’s required is network coverage.

The KamPay wallet is accessible to smartphone users on the single condition of network coverage. The progressive wallet offers a lightweight solution to financial transactions including multiple currencies, built-in messaging and an easy-to-use interface.

Protected by state-of-the-art security standards, the KamPay wallet usability is designed with a cryptocurrency novice in mind.

The following options are available with the KamPay wallet;

The KamPay wallet allows smartphone users to buy and earn cryptocurrency without having to rely on fiat currency or subpar banking infrastructure. There is a low technical barrier to entry, the wallet is safe to use and has the potential for large-scale participation.

The KamPay platform holds the infrastructure for the KamPay wallet, along with other products and services. The portal includes a wealth of financial tools that extend beyond banking.

Decentralized apps and services are integrated into the KamPay wallet, including;

One of the biggest advantages of the platform is the autonomy and control that it grants users. As the KamPay wallet supports a range of crypto tokens, users can store the native assets of applications on the platform.

The method of financial exchange encourages a prosperous community of merchants, shoppers, traders, promoters and players involved in the project.

Lotteries are one of the oldest forms of gambling. When executed responsibly, lotteries can raise money for causes that benefit society. Lotteries also offer hope to improve quality of life.

KamPay lottery project strives to create a pan-African lottery that offers significant prizes and encourages high participation. The end goal is to develop a lottery that presents big prizes and frequent draws.

Initially, tickets for KamPay lottery tickets will be available at a conventional point-of-sale to achieve high participation. KamPay kiosks will allow easy lottery purchases at a low cost, without adding a burden to the merchant.

The KamPay token (KAMPAY) is the medium that makes all transactions and lottery purchases possible. Built on the Binance Smart Chain network, KAMPAY offers many benefits to users in African nations.

The token offers diverse functionality. For example, it can be used as payment through conventional points of sale when exchanging with KamPay retail partners. Smartphone-enabled mobile POS apps can accept KAMPAY payments, and the token can be used in the KamPay pan-African lottery.

There are several functions and features of KAMPAY that extend further than simple exchange. Each of these primary goals contributes to growing the KamPay platform. In turn, assisting the African economy and curbing inflation in one way or another.

As a multi-purpose currency and utility token, KAMPAY has the potential to be involved in several uses, decentralizing financial dependency and improving financial independence.

An Opportunity to Grow African Economy and Investment

KAMPAY prides itself on being a groundbreaking currency with strong adoption appeal. Unlike European, American and Asian economies, African countries don’t have the challenges of centralized banks to prevent financial innovation.

The growth potential of Africa is poised to embrace cryptocurrencies, such as KAMPAY, which offers a hybrid wallet, messenger and commerce.

If you’re an investor attracted by the opportunity to empower the disenfranchised and unbanked continent, then we’d love to welcome you to our platform. Invest in KAMPAY today and become a part of a new, crypto-powered ecosystem.

Chris Cleverly, a barrister by profession, has made it his mission to help bring development mechanisms to Africa that can empower Africans to seize their own destiny. His journey on this mission began during the 1990s when he attended King’s Law College and became a barrister. After graduating, he founded the Trafalgar Chambers in the United Kingdom and became the youngest head of chambers in over a century. In 2005, he founded the Made In Africa Foundation, an organization he has guided to fulfill his dream of bringing systemic infrastructure change to Africa. Today, he is CEO of KamPay, a blockchain project looking to build an ecosystem of mobile gaming and payments for 1 billion people across Africa. 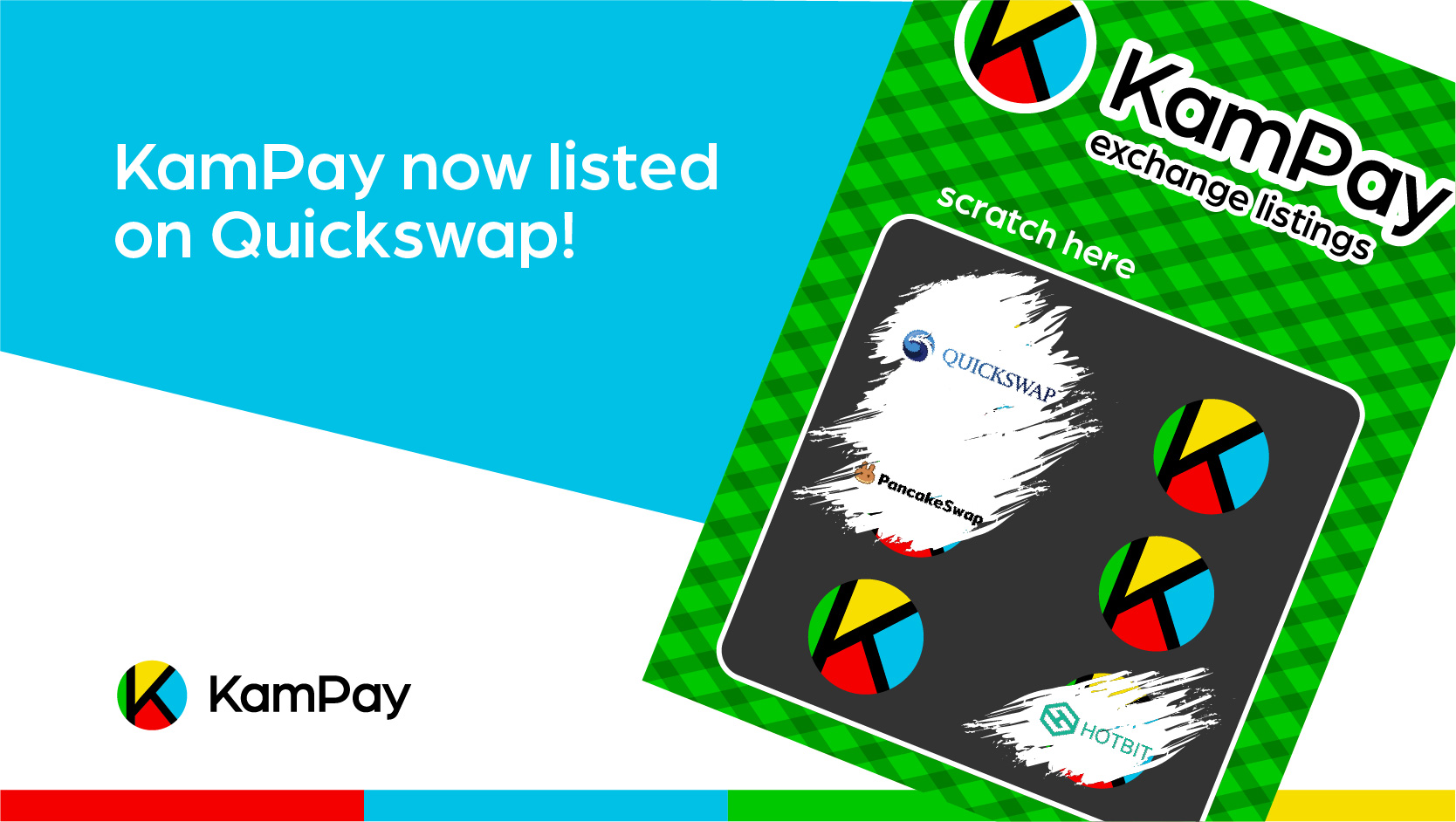